During a session of parliament Wednesday (March 23) in Brussels, several Members of the European Parliament (MEPs) called out Canadian Prime Minister Justin Trudeau, accusing him of violating human rights over the handling of the Freedom Convoy protest in Ottawa last month.

In one speech that has gone viral online, MEP Mislav Kolakusic of Croatia criticized Trudeau, stating, “There are those among us who trample on those fundamental values,” a reference to some protesters’ controversial encounter with police horses near Parliament Hill.

“For many of us are fundamental human rights for which millions of citizens of Europe and the world have laid down their lives,” Kolakusic said in front of Trudeau, who had addressed parliament.

“To defend our rights and the rights of our children, which we have acquired over the centuries, many of us, including myself, are willing to risk, our freedom and our own lives.”

Kolakusic said Canada was once a symbol of the modern world but in recent months has become a “symbol of civil rights violation” under Trudeau’s “quasi-liberal boot.”

“We watched how you trample women with horses, how you block bank accounts of single parents so they can’t even pay their children’s education and medicine, that they can’t pay utilities, mortgages for their homes,” said Kolakusic. “To you, these may be liberal methods, for many citizens of the world, it is a dictatorship of the worst kind.”

Kolakusic said citizens of the world “can stop a regime that wants to destroy the freedom of citizens, either by bombs or harmful pharmaceutical products.” 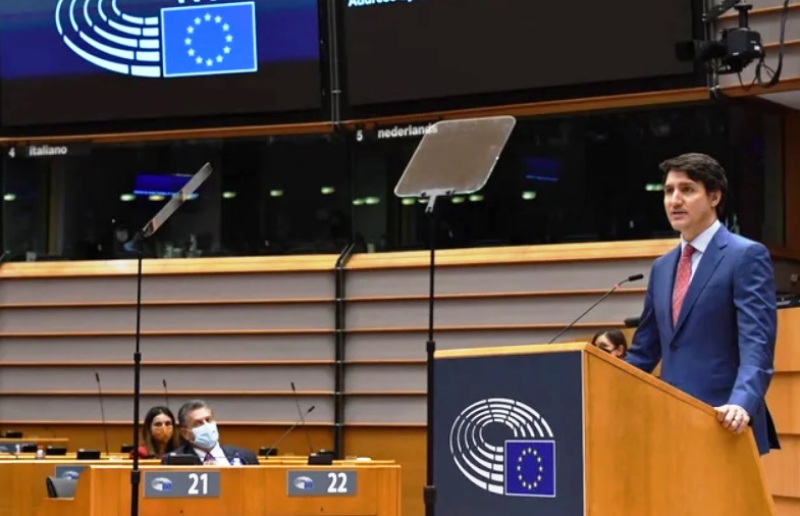