THE PLAN shows the official agenda of the World Health Organization to have ten years of ongoing pandemics, from 2020 to 2030. This is revealed by a WHO virologist, Marion Koopmans. You will also see shocking evidence that the first pandemic was planned and abundantly announced right before it happened. 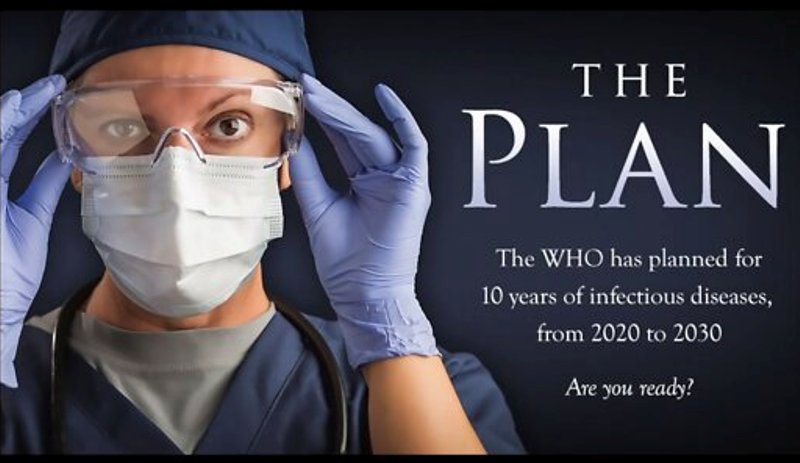 daitguru
If most people were awake, we could stop this and punish these psychopaths.

mikesland
Therein lies the problem. Most are pulling in the opposite direction.

Lokiodinson
I would have to respectfully disagree, they’re not imbeciles. While I agree they are clearly psychopaths, they display a high degree of intelligence with incredibly shrewd insight into public psyches, posses long term strategic thinking and are utterly ruthless. The one thing they count on the most? The rest of us not doing anything.

KalBB03
Thanks David excellent and informative even for those who’ve had their eyes and ears closed these last 2 plus years. This might open some of those up.

DaragRennie
Great compilation. Pity you didn’t mention the WHO’s Global Pandemic Treaty or Agreement that it wants in place by 2024, if not before. That would certainly add more urgency.

llloveall
My instincts from the beginning when the mask mandates appeared I thought this was nothing but a control thing. The Great Reset is an evil dictatorial plan we must resist.

ginsbiz1
The WHO is pushing for every country to sign over total control to them when the plandemics occur. They’ll force you and your children to take whatever shots they want, in the name of medicine. This is medical tyranny! Contact your representatives and tell them to say NO to this obvious power grab!!

ScottDThomas
Nobody can make you wear a mask or get a shot. This world is just full of mindless sheep.

Jazminew38
That would stop this maddness if all doctors, lawyers, judges and all people of the world stopped complying, stopped taking injections and stopped believing in WHO and their corrupt governments.

PrevPreviousNZ PM Rushes World’s Most Extreme Abortion Legislation Into Law While Country Distracted With Pandemic
NextANR Founder Discusses the Upcoming Federal Election and Why Not Voting for the Major Parties Is So Critical, Plus This Could in Fact Be the Last Federal Election Under the Failed Westminster SystemNext