US President wants to provide additional funds for Ukraine, as well as powers to seize and sell the assets of wealthy Russians.

US President Joe Biden has asked Congress for an additional $33 billion in funding to prop up Ukraine in the ongoing conflict with Russia. A vast part of the massive package is destined for additional military and security aid, while the rest will be used for economic and humanitarian assistance.

“The Administration is requesting $20.4 billion in additional security and military assistance for Ukraine and for U.S. efforts to strengthen European security in cooperation with our NATO allies and other partners in the region,” the white House said in a statement.

Unveiling the package during his speech at the White House, Biden said it was “critical” for the lawmakers to adopt it. “We need this bill to support Ukraine and its fight for freedom,” he said, admitting the price was not “cheap.”  “But caving to aggression is going to be more costly if we allow it to happen,” he stressed.

I’m also sending to Congress a comprehensive package that will enhance our underlined effort to accommodate (sic) the Russian oligarchs and make sure we take their ill-be-gotten gains. We’re going to accommodate them, we’re going to seize their yachts, their luxury homes, their ill-begotten gains,” Biden stated, struggling with the world “kleptocracy” to describe those wealthy Russians to be targeted. “These are bad guys,” he said eventually.

If enabled, the proposed powers would allow US authorities to “streamline the process for seizure of oligarch assets,” to sell these and to funnel the proceeds to Ukraine.

The US alone has funneled more than $3 billion in military aid to Ukraine since the ongoing conflict broke out late in February. Washington’s allies poured in lavish economic and military aid to Kiev as well, with certain Western officials – including British PM Boris Johnson and top EU diplomat Josep Borrell – openly stating they wanted Ukraine to beat Russia on the battlefield.

Moscow has repeatedly warned the West against ramping up aid for Kiev, stating that this would only prolong the ongoing conflict and inflict further damage on Ukraine, as well as suffering on the country’s people.

Russia attacked the neighboring state in late February, following Ukraine’s failure to implement the terms of the Minsk agreements, first signed in 2014, and Moscow’s eventual recognition of the Donbass republics of Donetsk and Lugansk. The German- and French-brokered protocols were designed to give the breakaway regions special status within the Ukrainian state.

The Kremlin has since demanded that Ukraine officially declare itself a neutral country that will never join the US-led NATO military bloc. Kiev insists the Russian offensive was completely unprovoked and has denied claims it was planning to retake the two republics by force. 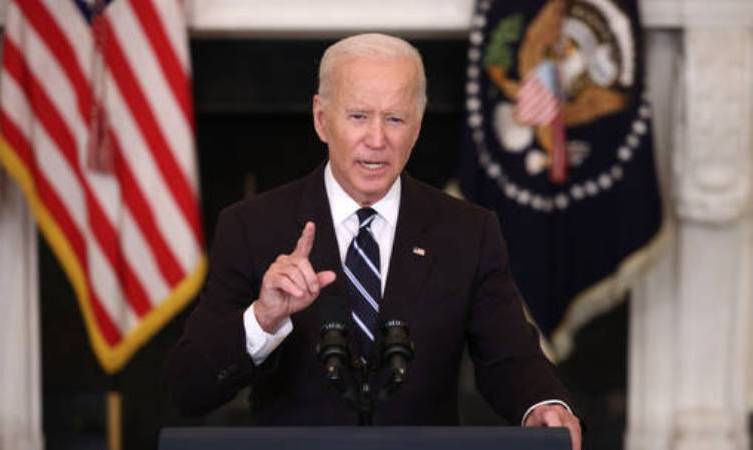