Russian President Vladimir Putin has ordered the partial mobilisation of reservists in Russia – a measure that appeared to be an admission Moscow’s war against Ukraine isn’t going according to plan.

After nearly seven months of fighting and amid recent battlefield losses for the Kremlin’s forces, the Russian leader made a rare televised address to the nation.

He warned the West he wasn’t bluffing over using all the means at his disposal to protect Russia’s territory, in what appeared to be a veiled reference to Russia’s nuclear capability.

Putin has previously warned the West not to back Russia against the wall and has rebuked NATO countries for supplying weapons to help Ukraine.

“In its aggressive anti-Russian policy the West has crossed all lines,” Putin said.

Putin accused the West in engaging in “nuclear blackmail” and noted “statements of some high-ranking representatives of the leading NATO states about the possibility of using nuclear weapons of mass destruction against Russia.”

“To those who allow themselves such statements regarding Russia, I want to remind you that our country also has various means of destruction, and for separate components and more modern than those of NATO countries and when the territorial integrity of our country is threatened, to protect Russia and our people, we will certainly use all the means at our disposal,” Putin said.

The total number of reservists drafted in the partial mobilisation is 300,000, officials said.

Only those with relevant combat and service experience will be mobilised, Russian Defence Minister Sergei Shoigu said. He added that there are around 25 million people who fit this criteria, but only around one per cent of them will be mobilised.

“He and his defence minister have sent tens of thousands of their own citizens to their deaths, ill-equipped and badly led,” Wallace said in a statement.

“No amount of threats and propaganda can hide the fact that Ukraine is winning this war, the international community are united and Russia is becoming a global pariah.”

The Russian leader’s address to the nation comes a day after Russian-controlled regions in eastern and southern Ukraine announced plans to hold votes on becoming integral parts of Russia.

The Kremlin-backed efforts to swallow up four regions could set the stage for Moscow to escalate the war following Ukrainian successes. 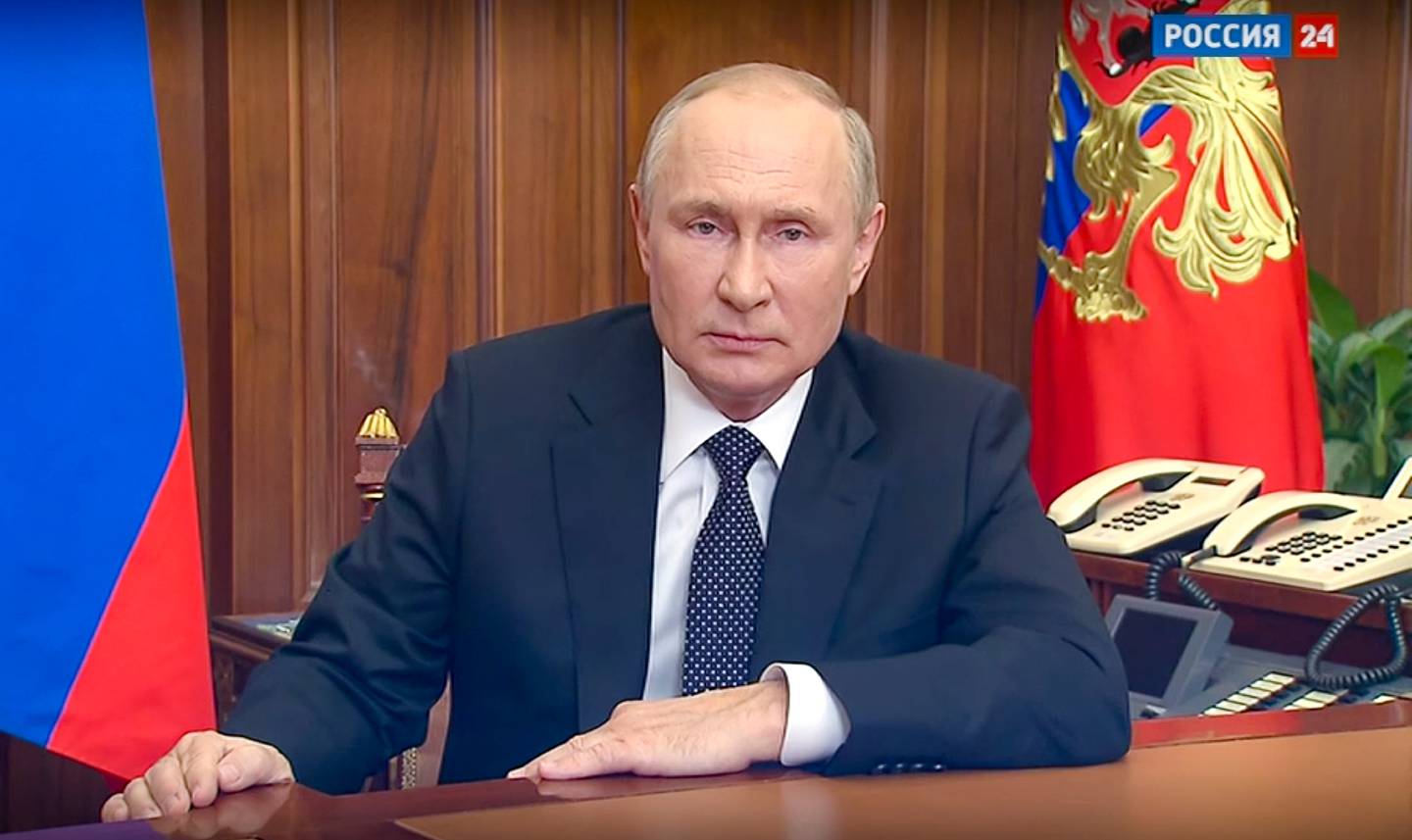 Putin said he has signed a decree on the partial mobilisation, which is due to start on Wednesday.

“We are talking about partial mobilisation, that is, only citizens who are currently in the reserve will be subject to conscription, and above all, those who served in the armed forces have a certain military specialty and relevant experience,” Putin said.

The referendums, which have been expected to take place since the first months of the war, will start on Friday in the Luhansk, Kherson and partly Russian-controlled Zaporizhzhia and Donetsk regions.

Putin said the decision to partially mobilise was “fully adequate to the threats we face, namely to protect our homeland, its sovereignty and territorial integrity, to ensure the security of our people and people in the liberated territories.” Earlier today, Ukrainian President Volodymyr Zelenskyy dismissed Russian plans to stage referendums in occupied regions in eastern and southern Ukraine as a “noise” and thanked Ukraine’s allies for condemning the votes scheduled to start on Friday.

Four Russian-controlled regions announced plans on Tuesday to start voting this week to become integral parts of Russia, which could set the stage for Moscow to escalate the war following Ukrainian successes on the battlefield.

Former President Dmitry Medvedev, the deputy head of Russia’s Security Council chaired by Putin, said referendums that folded regions into Russia itself would make redrawn frontiers “irreversible” and enable Moscow to use “any means” to defend them.

In his nightly address, Zelenskyy said there were lots of questions surrounding the announcements but stressed they would not change Ukraine’s commitment to retake areas occupied by Russian forces.

“The situation on the front line clearly indicates that the initiative belongs to Ukraine,” he said. “Our positions do not change because of the noise or any announcements somewhere. And we enjoy the full support of our partners in this.”

The upcoming votes, in the Luhansk, Kherson, Zaporizhzhia and Donetsk regions are all but certain to go Moscow’s way. But they were quickly dismissed as illegitimate by Western leaders who are backing Kyiv with military and other support that has helped its forces seize momentum on battlefields in the east and south.

In another signal that Russia is digging in for a protracted and possibly ramped-up conflict, the Kremlin-controlled lower house of parliament voted on Tuesday to toughen laws against desertion, surrender and looting by Russian troops. Lawmakers also voted to introduce possible 10-year prison terms for soldiers refusing to fight.

If approved, as expected, by the upper house and then signed by Putin, the legislation would strengthen commanders’ hands against failing morale reported among soldiers.

Such pumps are essential for avoiding a meltdown at a nuclear facility even though all six of the plant’s reactors have been shut down. Energoatom said the generators were later switched off as main power was restored.

The Zaporizhzhia Nuclear Power Plant has been a focus of concern for months because of fears that shelling could lead to a radiation leak. Russia and Ukraine blame each other for the shelling. 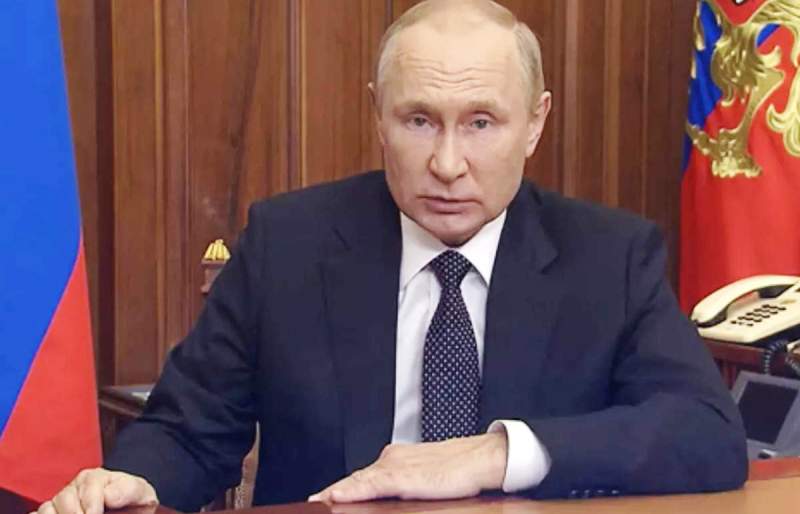